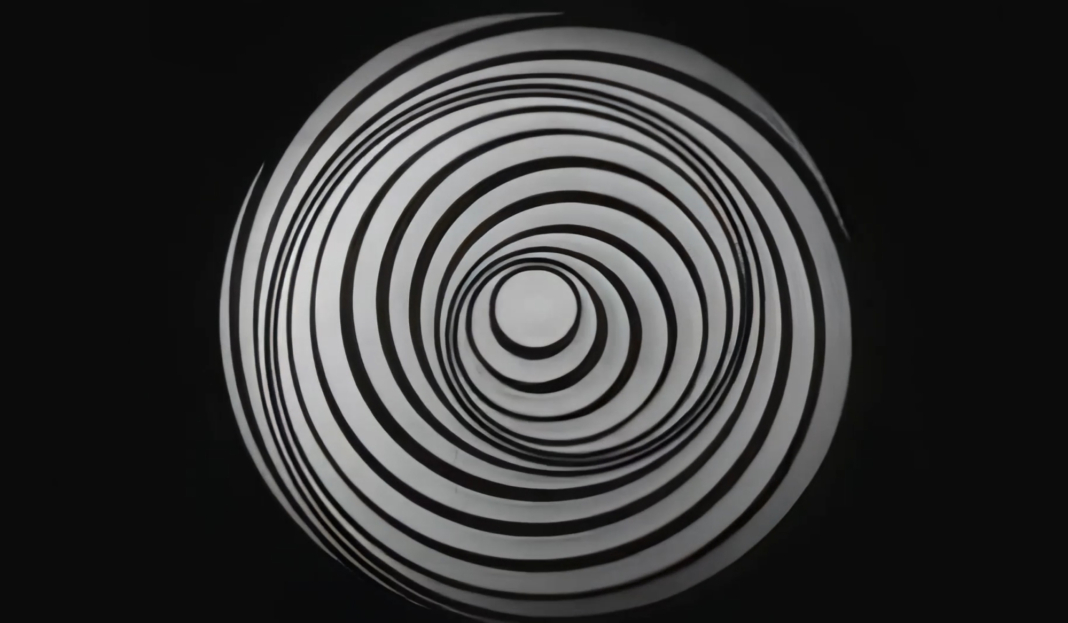 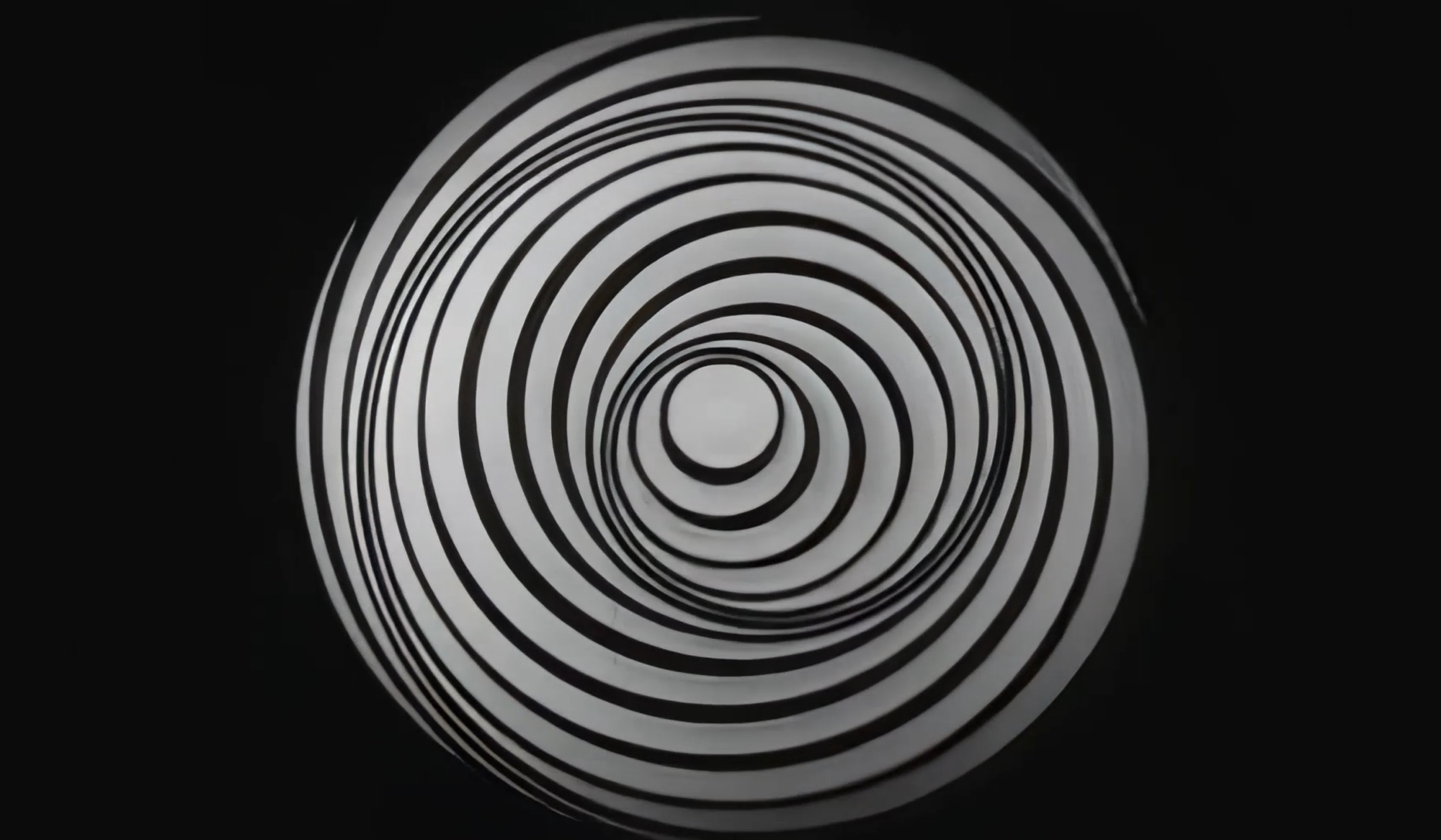 A seminal work born of the experimental film movement of the 1920s, the French artist Marcel Duchamp’s Anémic Cinéma (1926) features a series of hypnotic spinning discs, which he called ‘rotoreliefs’. For the film, the painted circular designs were captured spinning on a phonograph, giving them the illusion of depth. Throughout, these clockwise sequences trade off with counterclockwise-spinning sentences written in French. While, due to their use of pun and alliteration, these phrases are considered to be somewhat untranslatable into English, each is sexually suggestive or otherwise obscene.

The film is credited to Duchamp’s female alter ego Rrose Sélavy, with his frequent Dadaist collaborator Man Ray serving as cinematographer. Like much of Duchamp’s oeuvre, Anémic Cinéma is a peculiar and somewhat opaque provocation, hinting at symmetries or parallels between words and images in its composition and near-palindromic title. Originally released as a silent film, this 2K digital restoration features a score from the Indiana-based composer William Pearson, commissioned by Aeon.

US Supreme Court begins session amid crisis of public trust

US Supreme Court begins session amid crisis of public trust