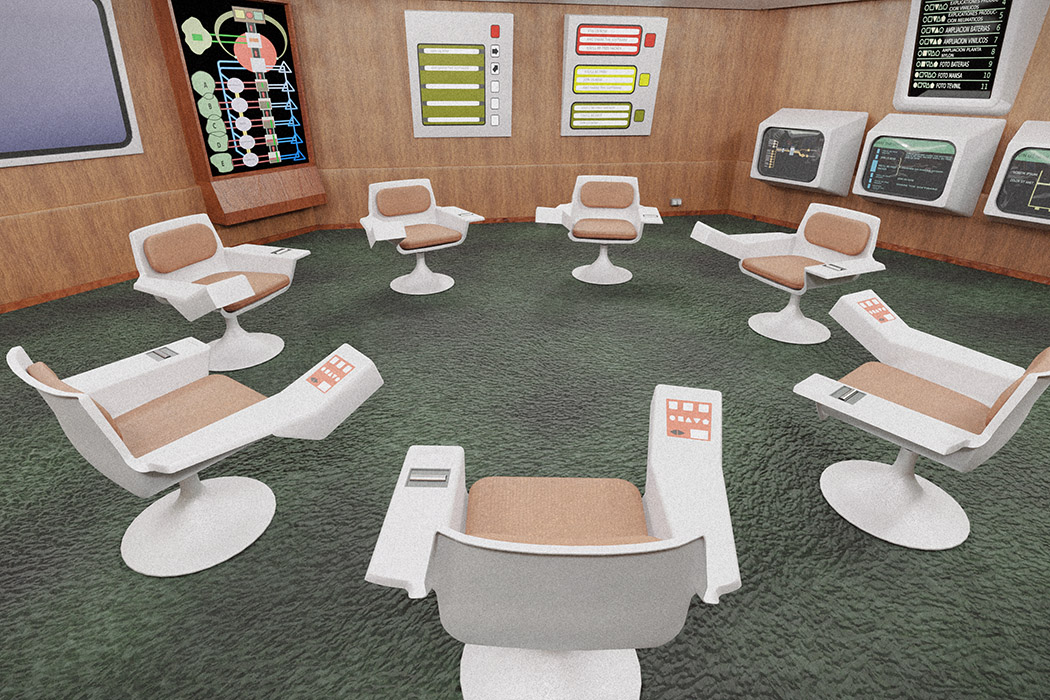 Why this internet and not another? Popular histories of technology tend to be teleological, inevitable destinies that led—magically, naturally—to present conditions.

Of course, history itself is more complicated. The internet-as-we-know-it had its foundations laid by the US Defense Department’s Advanced Research Projects Agency Network (ARPANET) in the late 1960s. ARPANET used packet-switching and implemented the now common TCP/IP communications protocols. One of the main motivations for its construction was to decentralize communication in preparation for a nuclear war in which command and control centers would have been targeted. The bones of the World Wide Web are thus American—publicly funded by the US government as a weapon of the Cold War.

But what of other possible internets? Why didn’t the British, who emerged from World War II with the best computer science in the world, set the stage? What would have happened if the Soviet Union’s OGAS project, a major effort to network computers that started in 1959, actually bore fruit?

And then there was Chile. In the early 1970s, the government of Salvador Allende teamed up with a renowned British cyberneticist to network the nation’s economy together on socialist principles. Scholar Eden Medina delves into Project Cybersyn (a mash-up of “cybernetic” and “synergy”), also known as Synco in Spanish.

According to Medina, the project planned to “network every firm in the expanding nationalized sector of the economy in a central computer in Santiago, enabling the government to grasp the status of production quickly and respond to economic crises in real time.”

Cybersyn was designed to be a “new technological system capable of regulating Chile’s economic transition in a manner consistent with [Allende’s] socialist principles.”

Salvador Allende was the first Marxist elected to leadership in the Americas. His 1970 election was a narrow one, and his administration would be beset by extreme internal and external opposition. Henry Kissinger, for one, is supposed to have said there was no reason for the US to sit around and let a country go communist “due to the irresponsibility of its own people.”

Nationalizing key industries was a major piece of Allende’s plan to remake the Chilean economy. And, by linking the state, company managers, and workers on the factory floors, Cybersyn was designed to be a “new technological system capable of regulating Chile’s economic transition in a manner consistent with [Allende’s] socialist principles.”

Chileans brought in Stafford Beer, the “father of management cybernetics,” who had once worked as United Steel’s chief cybernetician. As a self-described “old-fashioned leftist,” Beer believed in the possibilities of technology and “cybernetic principals to bring about social change.” This meshed well with the Allende government’s desire for leading edge technology to help transition the economy and society.

In 1968, Chile had fewer than fifty computers, all manufactured and sold by US companies. Cybersyn ended up using the existing telex network instead of computer terminals. The resulting communications system knitted together an extraordinary long country, extending some three thousand miles from north to south, across thirty-nine degrees of latitude.

Like all technological projects, this was product of its time and place. As Medina describes, “The tensions surrounding Cybersyn’s design and construction mirrored the struggle between centralization and decentralization that plagued Allende’s dream of democratic socialism.”

The system was designed “to facilitate the maximum extraction of information by an individual with a minimal amount of scientific training,” revealing both the level of expected technological expertise and assumptions about gender. For instance, the seven-seat command center in Santiago, looking not unlike the bridge of the Starship Enterprise, lacked keyboards. Beer claimed that a “girl” or secretary—in other words somebody with typing skills—would only get in the way of the male operators’ direct connection to the machines. (The men, in short, didn’t know how to type, but they could “thump” to make a point.)

This Opsroom was only a prototype. Yet even as inflation, strikes, and political chaos enveloped the country, 26.7 percent of nationalized industries, responsible for 50 percent of the sector’s revenue, were incorporated “to some degree within the system” by May 1973. But, backed by the US, Allende’s Chilean opponents overthrew the government that September. Cybersyn barely had a chance. The Pinochet military dictatorship, which lasted for sixteen years, had no use for a vision of a collective computer network.

Medina has expanded her account in Cybernetic Revolutionaries:Technology and Politics in Allende’s Chile.