The Other Americans: U.S.-Made Guns Are Fueling Crime Across Central America 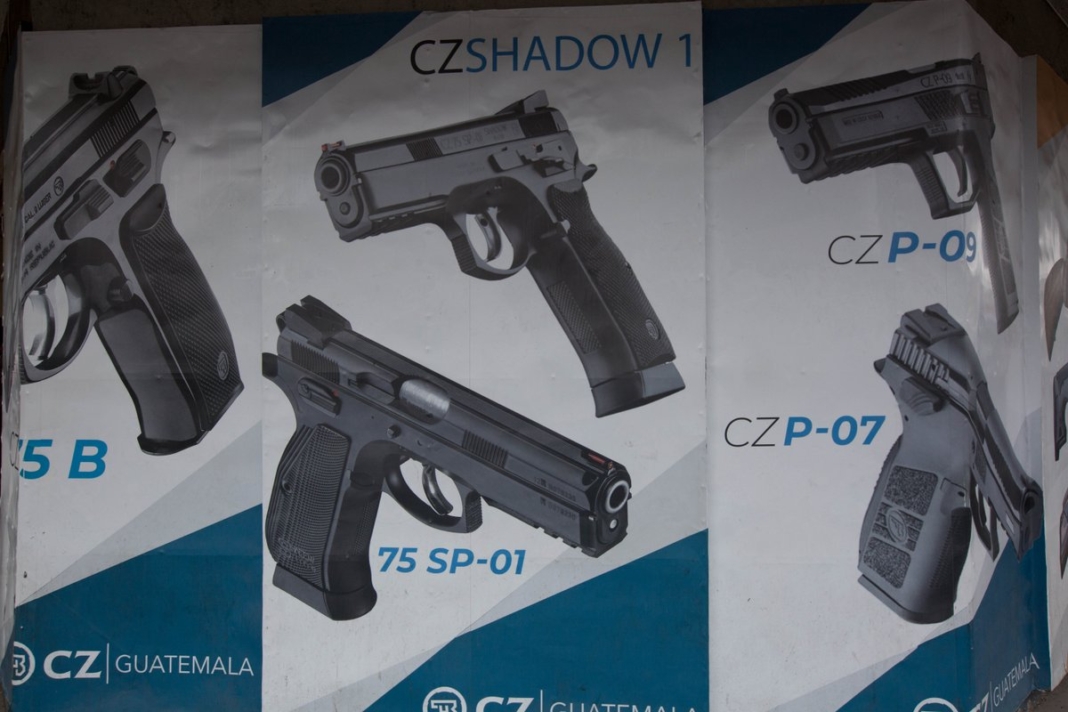 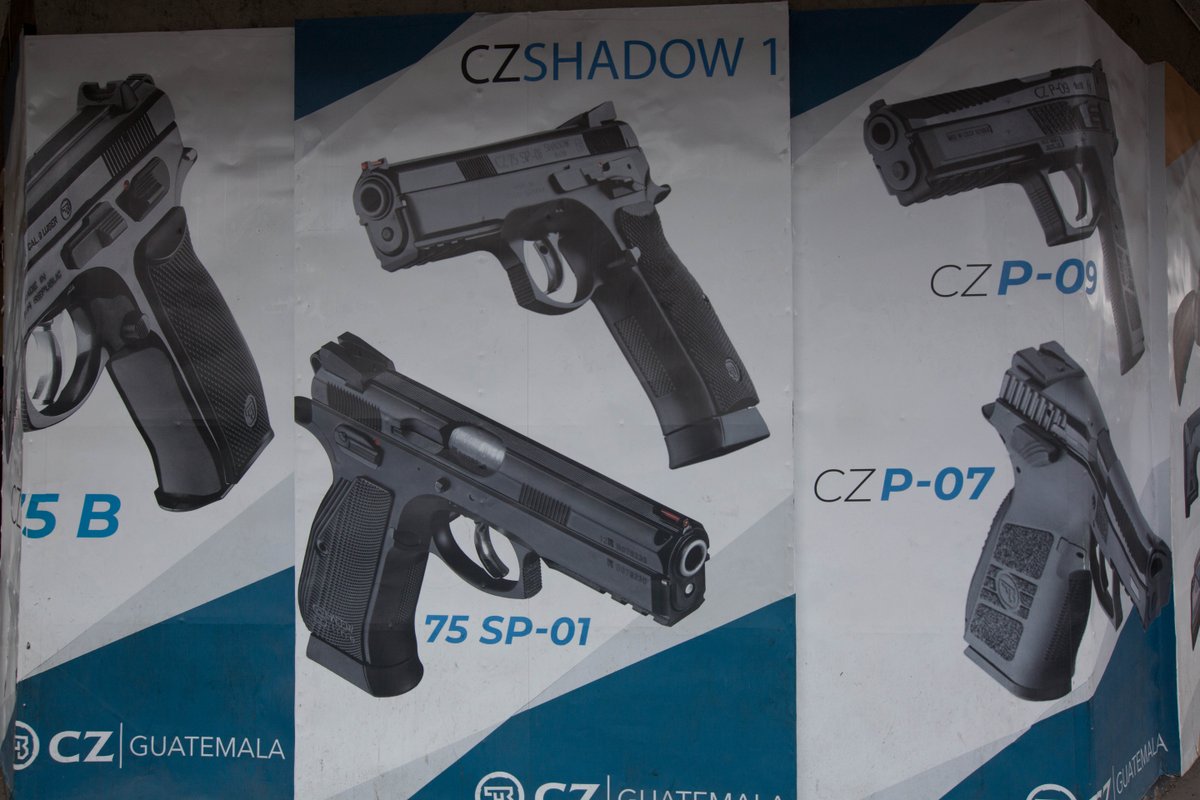 Guatemala was once listed among the most violent countries on earth. Today, after years of declining crime rates, violence is once again on the rise in 2022.

In the first quarter of the year, violence has risen by 9.9 percent, according to the country’s National Institute of Forensic Sciences, or Inacif. Of the more than 2,000 people killed since January, the majority were the result of gun violence.

The United States’ obsession with guns and its unwillingness to implement reasonable restrictions to accessing them has directly contributed to increased violence and crime in Central America, especially in Guatemala. Easy access to weapons allows criminal groups to illegally export U.S. weapons across the U.S.-Mexico border and bring them into other countries.

“The weapons used by organized crime most often come from the United States,” Carmen Rosa de León, a sociologist who worked with the International Action Network on Small Arms, tells The Progressive.

Guatemala’s 1985 constitution recognizes a citizen’s right to bear arms in Article 38, but the constitution also leaves room for access to be regulated for the government as well.

In 2009, governmental decree 15-2009 implemented stricter arms controls . The law requires a purchaser to be at least twenty-five years old, bans automatic weapons, strictly limits licensing for open carry to private security personnel, and reduces the amount of ammunition that an individual can purchase each month.

“No one can walk into a gun store and buy it and take it home,” Carlos Menocal, the former Minister of the Interior during the administration of Álvaro Colom (2009-2011), tells The Progressive. “No, here you have to buy it and then register it with the Ministry of Defense.”

He explains that someone who purchases a weapon must take their receipt and the weapon to be registered with the General Directorate of Arms and Ammunition Control within the Ministry of Defense, which oversees and regulates all legal firearms. What’s more, all legally owned weapons must have their ballistic profiles registered.

But given the prominence of military and narco culture in Guatemala, individuals often violate open carry laws. The prominence of the black market means that illegal, unregistered weapons are easily obtained. An estimated  80 percent of the weapons in these markets come from the United States. And widespread access to illegal guns means that the Guatemalan Public Prosecutor’s office is often unable to trace weapons used in killings.

“The black market in Guatemala is very strong,” Menocal says. “So strong that nine out of ten murders by firearms in Guatemala occur with illegal weapons.”

The largest black markets for weapons can be found in eastern Guatemala. According to Menocal, one can find weapons of all types in these markets, including AR-15s, pistols, shotguns, etc. Bullets of all types can sell for as little as 1 dollar per bullet.

The illicit sale of weapons also has links to the country’s armed forces, with gangs and narcos regularly able to access military grade weapons, including grenades, due to corruption within the country’s armed forces. These black markets and the illegal trafficking of weapons were among the areas that the United Nations-backed International Commission Against Impunity in Guatemala, commonly known by the acronym CICIG, investigated during the twelve years of its existence.

Guatemala’s gun control efforts found resistance from the allies of the military and from political parties associated with drug traffickers.

In 2017, the Guatemalan congress discussed efforts to reform the 2009 arms control legislation, to expand the national registration of ballistic information of guns to improve investigations linking weapons to violent crimes. During the debates, then congressional representative Fernando Linares Beltranena, a member of the far-right, waved around a plastic gun during a speech against the proposed reform.

Linares Beltranena is an outspoken advocate of the right to arms in Guatemala. He has sought to join the U.S.-based National Rifle Association, and has spoken out against measures and decrees that limit the ability to carry a weapon.

“CARRYING WEAPONS IS A FUNDAMENTAL RIGHT,” Linares Beltranena tweeted in June 2022 following the declaration of a state of emergency due to tropical storms that were pummeling the region. “ The Executive decreed a State of Calamity limiting the legal carrying of weapons. This right is most important during a State of Calamity. Congress must modify the decree and allow personal defense.”

In 2020, the Mexican Secretary of National Defense estimated that more than two million illegal firearms entered into Mexico from the United States in the previous decade. It is also estimated that 1.7 million of these weapons are in the hands of people who were deemed threats to national security, according to the Mexican government.

Faced with the rampant gun violence in Mexico, the administration of President Andrés Manuel López Obrador, or AMLO, in 2021 sought to sue weapons manufacturers and vendors in the United States for their part in fueling the violence in his country. The government is seeking around $10 billion in damages. This violence is largely the result of the U.S.-backed war on drugs launched in the early 2000s, and has intensified since AMLO took office in 2018.

The illicit flow of weapons  worsens random violence in Central America, contributing to migration. According to data from the U.S. Bureau of Alcohol, Tobacco, Firearms, and Explosives cited by The Guardian, 179,000 firearms captured in Mexico and Central America were traced back to sales in the United States.

“The problem in the United States is the lack of control over who buys weapons,” de León says. “You have all these markets on the border [with Mexico] that end up putting those weapons in the hands of Mexican drug traffickers, and then they start to go down to Central America.”

She adds, “The most terrible thing for us, as Guatemalans, is that we have copied the United States.”