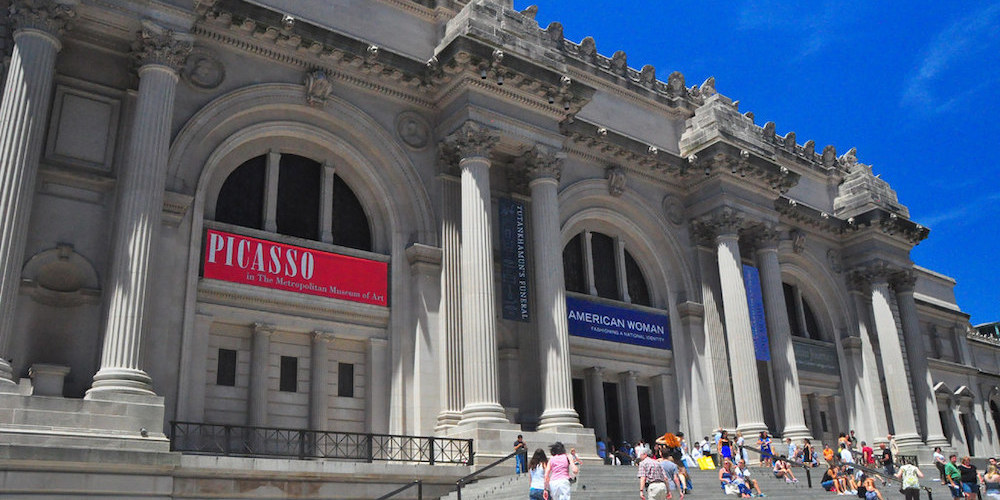 New York governor Kathy Hochul on August 10 signed legislation that will require museums in the state to publicly acknowledge whether a displayed work has passed through Nazi hands. The signing ceremony took place at the Museum of Jewish Heritage in New York. According to the new law, any exhibited artwork that “changed hands due to theft, seizure, confiscation, forced sale, or other involuntary means” during World War II and the run-up to that conflict must be accompanied by a wall label or placard detailing its history. New York law already requires works of this nature to be recorded in the Art Loss Register, the world’s largest private database of stolen art. The legislation does not apply to works seized in other contexts, by other parties in other eras.

Recent years have seen a number of cases in which heirs have sued New York museums in attempts to recover works—among them three paintings by George Grosz that reside in the Museum of Modern Art and Pablo Picasso’s The Actor, 1904–05, previously owned by Jewish collectors Paul and Alice Leffmann and which now hangs in the Metropolitan Museum of Art—they claim were looted or sold under duress during the Nazi regime. In both of those cases, the museums were allowed to keep the works, in part due to the statute of limitations.

The bill was introduced by State Senator Anna M. Kaplan. “During the Holocaust, some 600,000 paintings were stolen from Jewish people not only for their value, but to wipe our culture and identity off the face of the Earth,” said Kaplan in a statement. “Today, artwork previously stolen by the Nazis can be found hanging in museums around New York with no recognition of the dark paths they traveled there. With the history of the Holocaust being so important to pass on to the next generation, it’s vital that we be transparent and ensure that anyone viewing artwork stolen by the Nazis understand where it came from and its role in history.”

The new law is one of several aimed at raising awareness of the Holocaust, broadly seen as increasingly necessary, as the event recedes into history and living memory of the tragedy fades. Hochul also signed legislation authorizing the commission of education to conduct a survey regarding instruction on the Holocaust, and a law requiring the state superintendent of financial services to maintain and update a list of financial institutions that waive wire transfer or processing fees associated with Holocaust reparations payments.